Shanti Panchal
Ragas of the Dawn 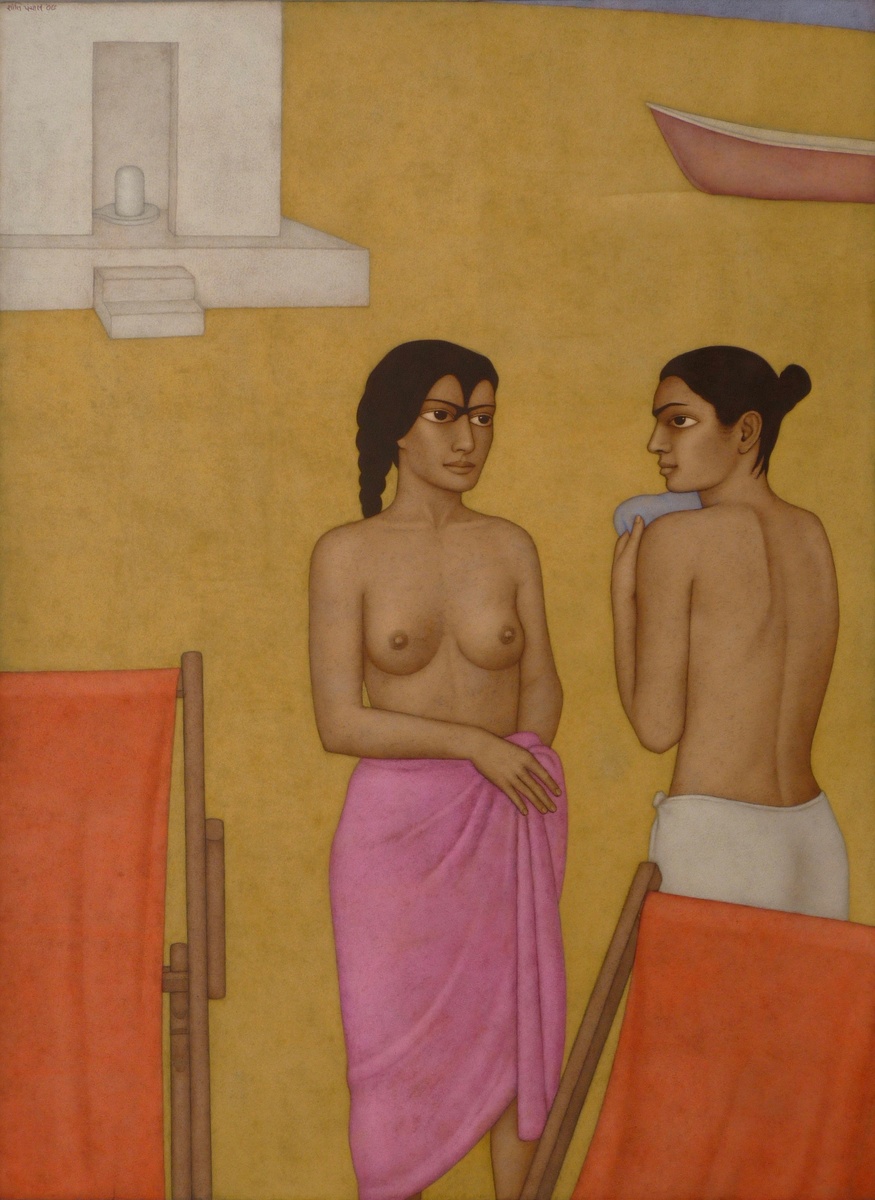 Shanti Panchal: Ragas of the Dawn presents a collection of exquisite watercolours by Shanti Panchal, subtle yet evocative paintings chronicling the spectrum of human relations and emotions with restrained expressivity. Combining personal symbolism with a universal spirituality, Panchal captures the melodious quality of a raga in paint through harmonious colours and lyrical compositions.

Panchal was born in the mid-to-late 1950s in the Indian village of Mesar in northern Gujurat. Leaving his village as a young teenager for further schooling in Mumbai, he then progressed to studies at the Sir JJ School of Art. Panchal first came to London on a British Council Scholarship in 1978 and made the city his home. An émigré artist traversing continents, Panchal’s work is inspired both by Indian miniaturist painting and Buddhist and Jain frescoes, and by Western influences including Mark Rothko and Francis Bacon.

Throughout the course of his career, Panchal has received international recognition through numerous awards including the BP Portrait Award, First Prize for the Singer & Friedlander/Sunday Times watercolour competition, and, most recently, the Ruth Borchard Self-Portrait Prize in 2015. His work is held in numerous public collections including the Imperial War Museum, the Arts Council, and the British Museum. Significant solo exhibitions have included a touring Arts Council Exhibition, the Museum of Modern Art, Oxford, and a British Council exhibition in Mumbai.

Both large and domestically intimate in scale, Panchal’s paintings call to his earliest childhood memories through colour: “ochres and reds and browns, all sand and mud-wall huts with red tiles”, “monumental skies”, “deep, dark nights and burning days”. Panchal saturates hand-made paper with these rich, vibrant colours of red, pink, orange and yellow through infusing the paper with many layers of watercolour and scraping back until the surface and colour become one, a meditative and evolving process.

The simplicity of Panchal’s work belies the intensity of his working process: his watercolours appear timeless, suspended in quiet moments. And yet, despite this sense of constancy, an enigmatic nostalgia pervades his work, a longing for homelands left and memories past.

Shanti Panchal: Ragas of the Dawn was featured on inbound BA flights into London in October 2016. Watch the clip below: