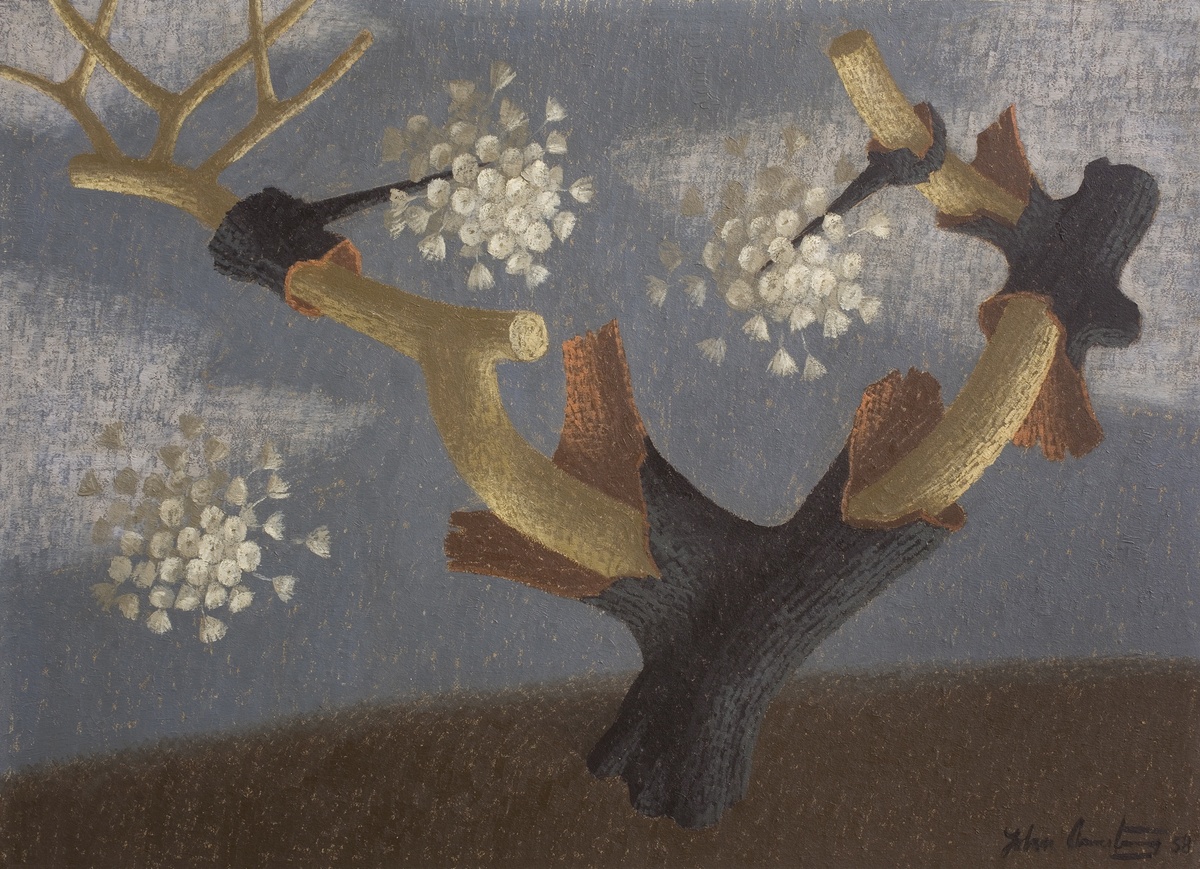 John Armstrong: Paintings 1938-1958 presents a carefully curated selection of outstanding works by pre-eminent twentieth-century British artist John Armstrong (1893-1973). Propelled to the forefront of British Modernism as a member of Unit One,  Armstrong later rejected the confinement of artistic groups yet was at the heart of inter-war and post-war British art.

Writing in the catalogue for John Armstrong’s 1938 exhibition, T. W. Earp, the Daily Telegraph art critic, explained his visionary, surreal paintings thus: “The actual provides a half-way clue to this work: at its end opens the enchanted distance”. 1938 signalled for Armstrong the beginning of two decades of immense creativity, productivity and innovation with solo exhibitions in 1938, 1945, 1947, 1951 and 1957. His work engages with European and International artistic movements, whilst addressing the political legacy of World War Two and the new threat of the Cold War and nuclear apocalypse. Consistently producing prophetic, dreamlike paintings of emotional and political insight, Armstrong was simultaneously constantly experimenting with his artistic craft. Romantic yet challenging, Armstrong’s works speak of the universal through his own individual language.

Bringing together exceptional paintings from important private collections, some of which have never before been seen on the market, John Armstrong: Paintings 1938-1958 presents a unique vision of an extraordinary artist.