Bomberg / Marr
Spirits in the Mass 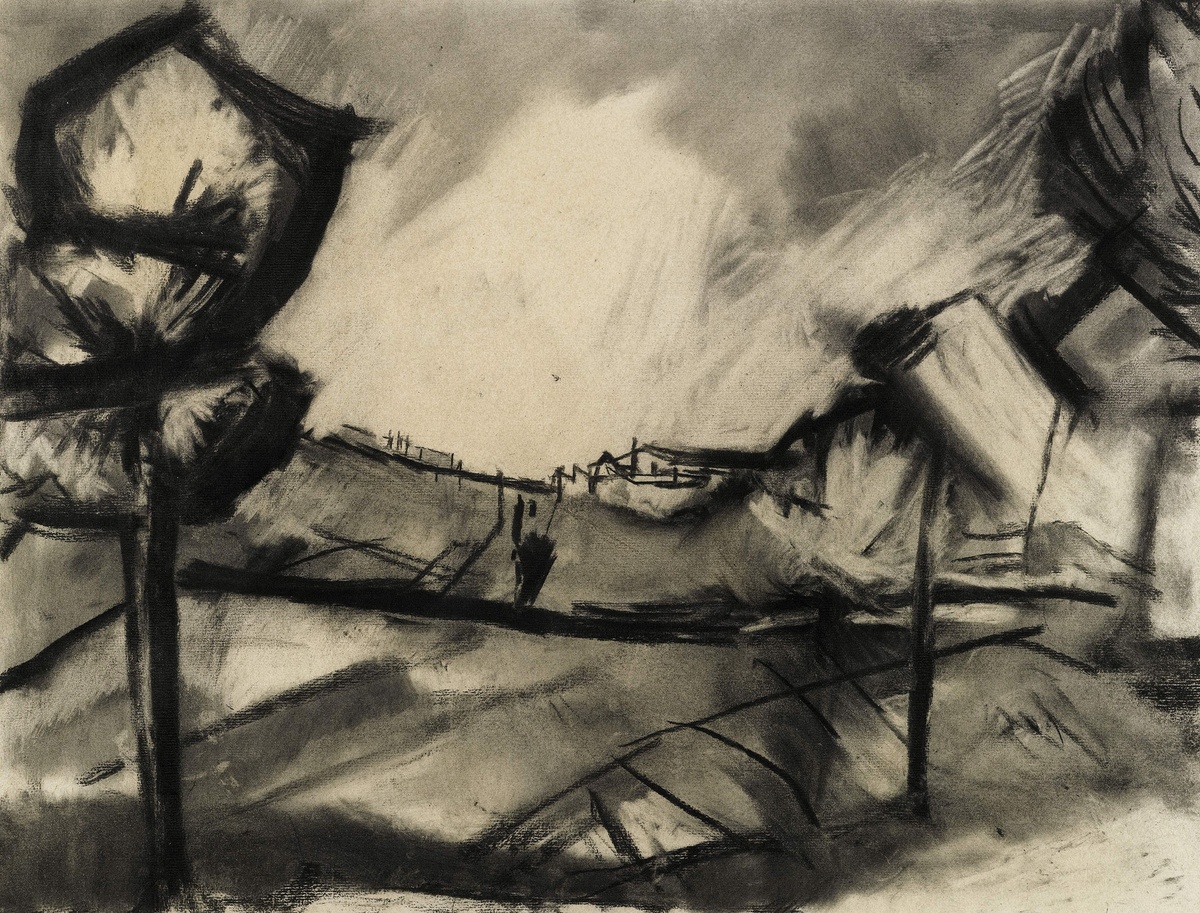 In the years after the Second World War, Leslie Marr (b. 1922) studied with David Bomberg (1890-1957) at the Borough Polytechnic. Bomberg’s legendary classes were formative for an extraordinary generation of artists who studied and exhibited together, including Frank Auerbach, Cliff Holden, Leon Kossoff, Dorothy Mead, Gustav Metzger, and Peter Richmond. Among them, Marr had a particularly close relationship with Bomberg having married his step-daughter, Dinora Mendelson, in 1948.

Through works from Jerusalem, Toledo, and London, this exhibition traces the development of the ‘approach to mass’ Bomberg taught at the Borough, before turning to Marr’s interpretation of this teaching. In both artists’ mature painting, they rid their subject of extraneous detail with vigorous brushwork, seeking to reveal a sense of structure and immanence through the painter’s intense engagement with the physical world. Bomberg described this phenomenon as ‘the spirit in the mass’. However, Marr recognised that this teaching was a pluralistic pursuit, essentially individualistic and lyric, available for a multiplicity of interpretations. Through this ‘independence of vison’, with which Bomberg himself was usually credited, Marr extricated himself from his tutor’s mastery of expressive landscape to develop a personal style exceptional within the wider London School.

The exhibition will be accompanied by a fully-illustrated catalogue with an essay by Richard Cork.

To be given by Sarah MacDougall, Head of Collections, Ben Uri Gallery and Museum, and co-curator, BOMBERG exhibition 2017-18