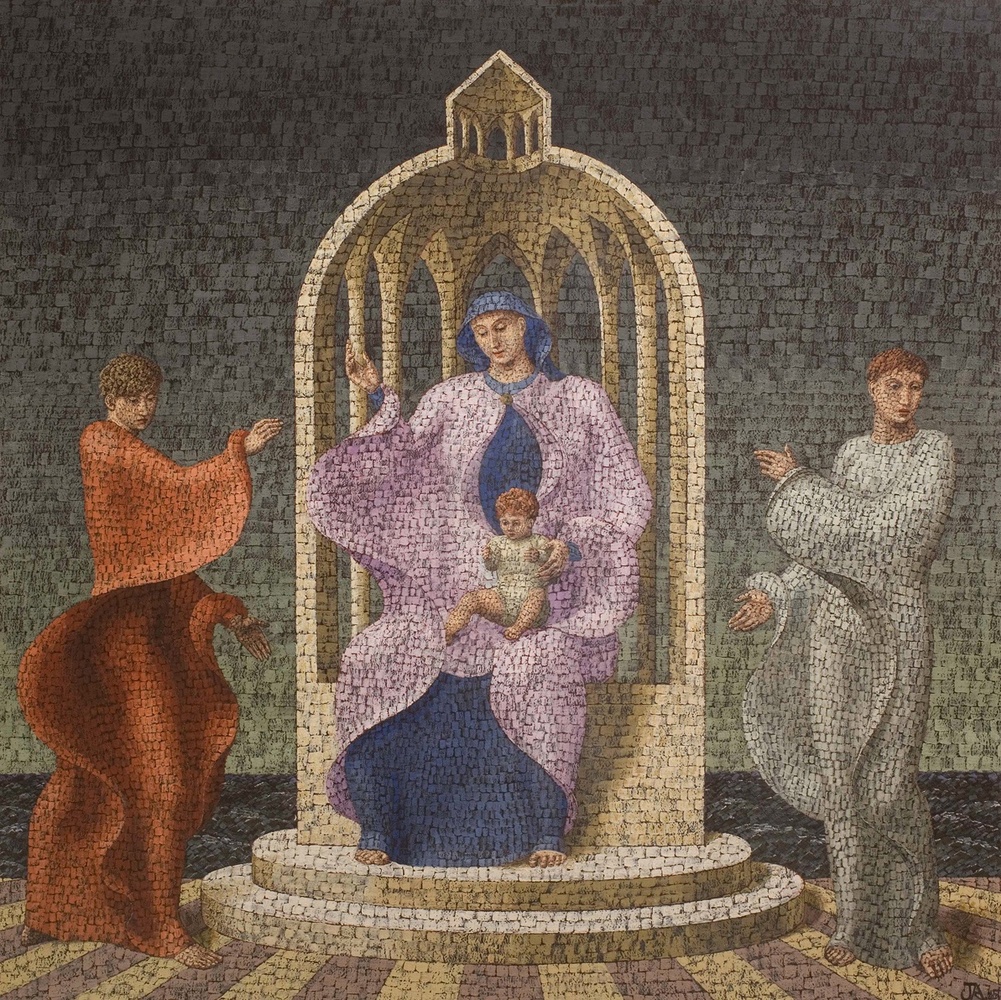 Focusing on Armstrong's innovation and surrealism, Paul particularly higlighted Madonna, 1945, one of Armstrong's most monumental divisionist style paintings. Writing of the Madonna, Paul argues the work is a "masterpiece which collides that late nineteenth century movement with Roman mosaics and a medieval subject and makes effective use of swirling cloaks and a menacing sea".

For further information on the exhibition please click here.