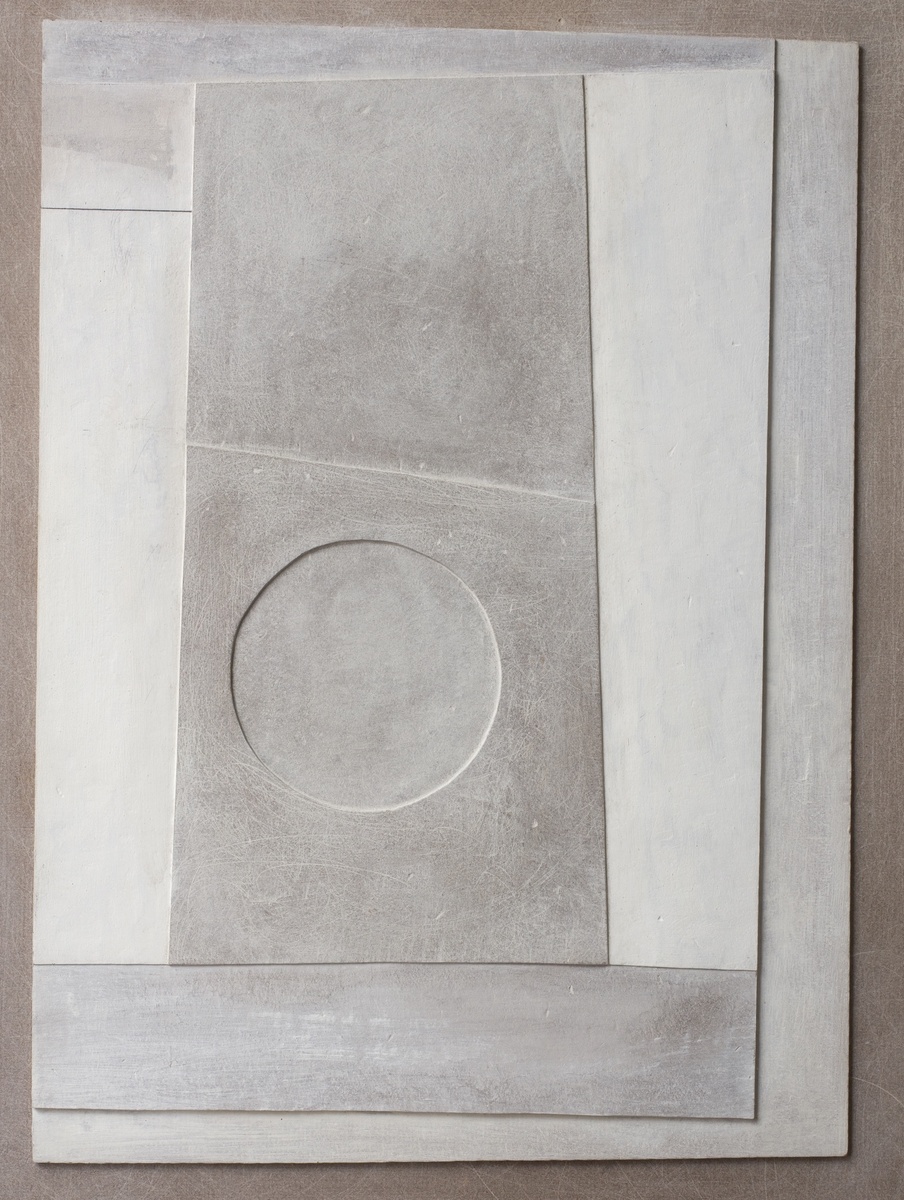 Ben Nicholson was one of the great British modernists of the twentieth century. This exhibition, curated with Dr Lee Beard, explores Nicholson’s years in Switzerland: a period of creative outpouring which has not received a dedicated display since the show held at Kettle’s Yard in 2003. It presents work made between 1955 and 1979, including several important loans from the British Council, Southampton City Art Gallery and Pallant House Gallery.
In March 1958, Nicholson left his home in St Ives and made for Switzerland. Already regarded as one of Britain’s leading modernists, he settled near Lake Maggiore and quickly established himself as an artist of international acclaim. This exhibition focuses on the carved reliefs and landscape drawings which he made in the second half of his career. Despite their different visual qualities, both grew from Nicholson’s engagement with specific places and landscapes. Though his work was not always representational, it was often shaped by an intense response to his surroundings: the striking landscapes and historical sites which he encountered around his home in the Canton of Ticino, as well as those he discovered on travels to Italy, Greece, Portugal and France.
This period of Nicholson’s career was also marked by new levels of fluency and self-confidence. Where the drawings are distinguished by his signature draughtsmanship of continuous flowing lines, the reliefs are constructed around subtle contrasts of recession and surface texture; in both cases, the degree of artistic control is considerable. In addition to this supreme technical surety, the impetus of new places and climes enhanced the work of Nicholson’s later years and propelled it to greater heights of poetry and prestige.

An accompanying publication will provide a succinct and informative introduction to this period of Ben Nicholson's work, with contributions from some of the leading specialists in the field. It will include original essays by Dr Lee Beard, Peter Khoroche and Chris Stephens, as well as previously unpublished material relating to Nicholson and his Swiss period.