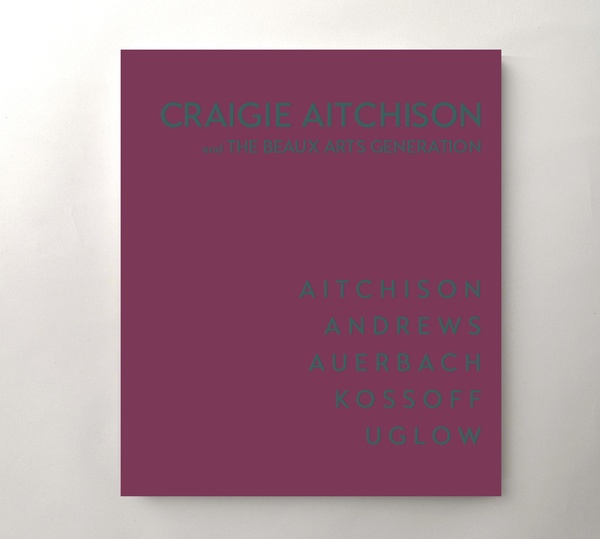 For the first time, Craigie Aitchison and the Beaux Arts Generation tells the story of Craigie Aitchison’s role amongst the bright young figurative painters of post-war London. Along with Michael Andrews, Frank Auerbach, Leon Kossoff and Euan Uglow, Aitchison belonged to ‘the Beaux Arts generation’: a set of highly talented painters first shown at the Beaux Arts Gallery by Helen Lessore. Under her discerning gaze, the early careers of these five artists were launched and close friendships formed, even as a wild divergence of artistic styles took place. By the time of its closure in 1965, Lessore’s gallery had laid the foundations for the next five decades of British art.

The book accompanies Piano Nobile’s exhibition of the same title. A memoir by Susan Campbell provides a first-hand insight into the student days of Aitchison, Andrews and Uglow. Herself a student at the Slade School of Fine Art and an erstwhile visitor to the Beaux Arts Gallery, Campbell contributes a vivid account of these artists and their early careers. The book further includes three definitive texts by Aitchison, Andrews and Auerbach. First published in 1959 and 1960 by the literary arts magazine X: A Quarterly Review, these short essays provide a cogent insight into the three artists’ thinking.

The book also comprises a fully-illustrated catalogue of forty-eight works. A first section presents a significant group of works by Aitchison, followed by a second section with paintings, watercolours and drawings by Andrews, Auerbach, Kossoff and Uglow. Many works are drawn from private collections and have not previously been published.