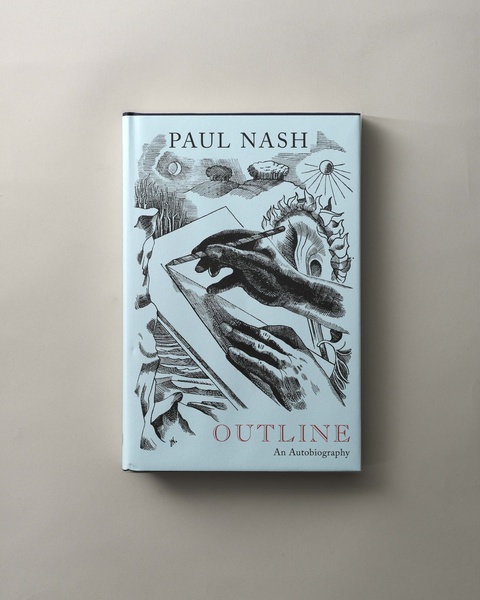 Paul Nash (1889-1946) was one of the most important British artists of the 20th century and an official war artist in both the First and the Second World Wars. This new edition of Nash's unfinished autobiography, edited by Modern British art specialist, writer and curator David Boyd Haycock, 'Outline', was published to coincide with the Tate's major Paul Nash retrospective and incorporates an abridged edition of the previously unpublished 'Memoirs of Paul Nash' by his wife Margaret.

Nash started writing 'Outline' in the mid 1930s, but it was left incomplete on his sudden death in 1946. He had struggled to complete the book, finding that he could not get beyond the beginning of the Great War. As he told a friend, after 1914 'it was another life, another world'. 'Outline' is, nevertheless, one of the great English literary works of the period, for NAsh was a talented writer. His autobiography offers considerable insights into the young life of the artist himself, and the development of his personal and very distinctive vision.

When eventually published in 1949 his incomplete memoir was supplemented by letters that Nash wrote to his wife from the Western Front in 1917. This new edition includes these letters for the vivid insight they give into Nash's experience of the war. The third element of the new edition is Margaret Nash's revealing (and previously unpublished) 1951 memoir of her husband. what emerges through these different narrative voices and perspectives, enhanced with photographs of Paul and Margaret Nashand reproductions of key works from throughout Nash's career, is a fascinating portrait of a major figure in Modern British art.