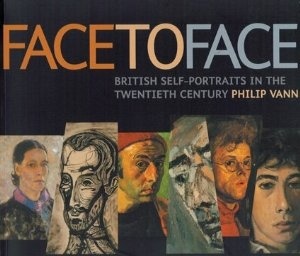 In Face to Face: British Self-Portraits in the Twentieth Century, Philip Vann confronts one of the most demanding and revealing of all artistic genres in the process of discussing and illustrating work by more than 200 British artists. The illustrations include superb examples of self-portraits by Francis Bacon, Gwen John, John Minton, Walter Sickert, Stanley Spencer, Christopher Wood and other major twentieth-century figures.

The core of the book is a detailed examination of 100 British self-portraits in the remarkable Ruth Borchard Collection. The earliest include work by Raymond Coxon, Ithell Colquhoun, Carel Weight and Anne Redpath from the first half of the century, but most are from the 1950s and 1960s, helping evoke an entire period in British art and its myriad developing strands.

Ruth Borchard started collecting British self-portraits in the late 1950s, her interest spurred by viewing art school shows, the 'Young Contemporaries' exhibitions of student art and by Jack Beddington's book Young Artists of Promise. With astonishing bravado, she set herself a ceiling of 21 guineas for any one picture, irrespective of the artist's fame, and usually succeeded.

This extraordinary book, with over 220 colour illustrations and various black and white illustrations, is an invaluable record of British self-portraiture and a fascinating insight into artistic introspection of the twentieth-century.