Lynn Chadwick | Iron Composition
Open a larger version of the following image in a popup:
Share

British art of the 1950s was ruled by twisted forms and an angst-ridden mood. The idiomorphic sculptures of Lynn Chadwick helped to define their era.

The philosopher Georg Hegel wrote that ‘his works are […] the truth of the artist’. True to type, Lynn Chadwick (1914–2003) made strange and suggestive works of sculpture about which he was unable to offer an explanation. In an interview for the British Library’s ‘National Life Stories’ project in 1995, Chadwick tried to describe his working process. ‘Quite often the actual technique dictates what I’m going to do, but as I do it more or less instinctively, intuitively, I can't really explain why I do it.’

In 1954, the same year that Chadwick made Iron Composition, he posed in and around his studio for a series of photographs by Ida Kar. The primitive circumstances of his working environment apparently contributed to the wild, elemental quality of his sculpture at the time. He and his wife then lived in a small cottage in the Cotswolds. There was no electricity or running water (water was fetched from the well in a nearby field using a bucket). An ox shed was adapted for Chadwick’s studio, and the open side of the shed was made into a large window. One of Kar’s photographs shows a bundle of spindly forms stacked in one corner, with welded oddments suspended from the exposed timbers or hanging from rough limewashed walls. 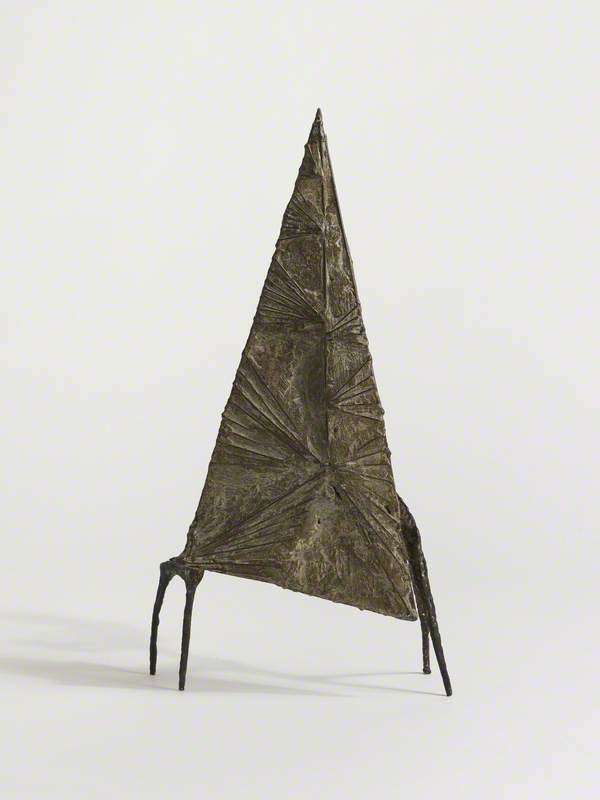 Iron Composition was made in a period before Chadwick began using modulated human figures as his principal subject matter. In the early 1950s, he created a unique menagerie of bristling animal-like forms using a welded iron armature, around which he modelled with an industrial material called Stolit (see InSight 73). The results were fearsome. Where Iron Composition envisions a dislocated jaw bristling with extended fangs, other works such as The Seasons reduced the body to a torso of prominent ribs. These faceless creatures are lively and forbidding, and inseparable from Chadwick’s distinctive sculptural idiom of rich surface texture and skeletal structures.

Chadwick started referring to certain works in the early 1950s as ‘idiomorphic’. As he later suggested, this label helped to avoid the inaccurate categorisation of sculptures he was making at the time:

“Idiomorphic” merely means that it has its own shape, something in its own right, you see, because I couldn't say that it was something else, like I say a thing's a beast, or whatever it is, or a bird, but this was something that was neither one thing nor the other, it was just a shape, so I called it “idiomorphic” – it had its own shape.

Although Iron Composition was not labelled as ‘idiomorphic’, it has the same ambivalence as other sculptures that were. It is a quadruped: four gnarled, pointed legs help it to stand up and leer forwards. The floating panel of copper is the focal point of the composition, an unseeing eye that stares. The irregular shaped panel behind the copper eye has the quality of a shell or a hide. The base is of porous stone and appears as some blasted piece of earth, closely similar to that trod by Reg Butler’s earlier Crouching Woman. 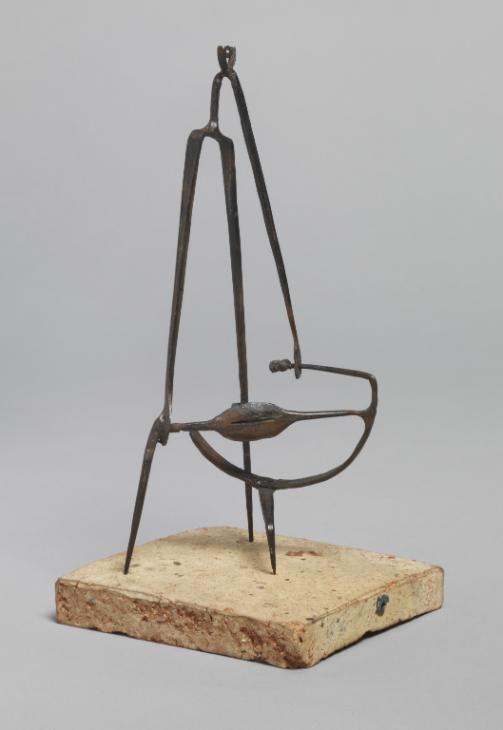 Before the arrival of big, clean abstract painting from the USA, British art of the 1950s was briefly animated by the exciting physicality of deformed shapes, jagged outlines, and wordless agony. In painting, Francis Bacon and Graham Sutherland delineated raging, palpitating figures against a uniform ground (see InSight 75). In sculpture, Chadwick and others used a vocabulary of combative, animalistic imagery. A painting by the abstract artist William Gear from 1954, Interior with Sculpture, epitomises some of the tensions and habits of art in the period. Aside from dated overtones of Ben Nicholson and Piet Mondrian, its contemporaneity comes from the eponymous ‘sculpture’. This spiky entity is evoked by the criss-cross of sharp-tipped black lines. The result is something ‘idiomorphic’ as Chadwick understood the phrase, a living object that exists painfully between different states. Gear’s invention illuminates the mood and formality of Iron Composition, attempting in oil paint that inexplicable quality achieved by Chadwick’s sculpture. 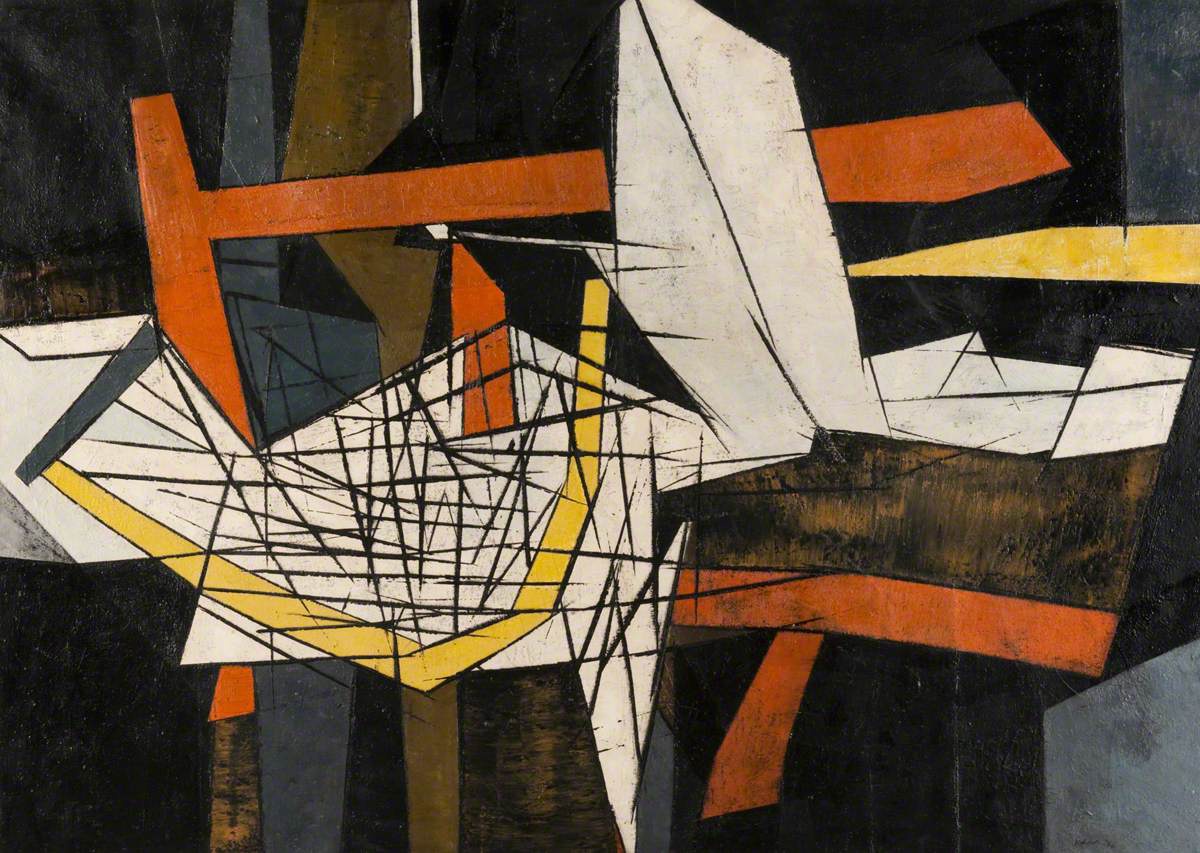