Albert Irvin | Cloud, circa 1960-65
Open a larger version of the following image in a popup:
Share

Between 1955 and 1965, ‘a tremendous mood of confidence’ charged British abstract painting with freshness and profundity. As the Second World War faded into memory, new visions of atmospheric colour and form came to fruition. 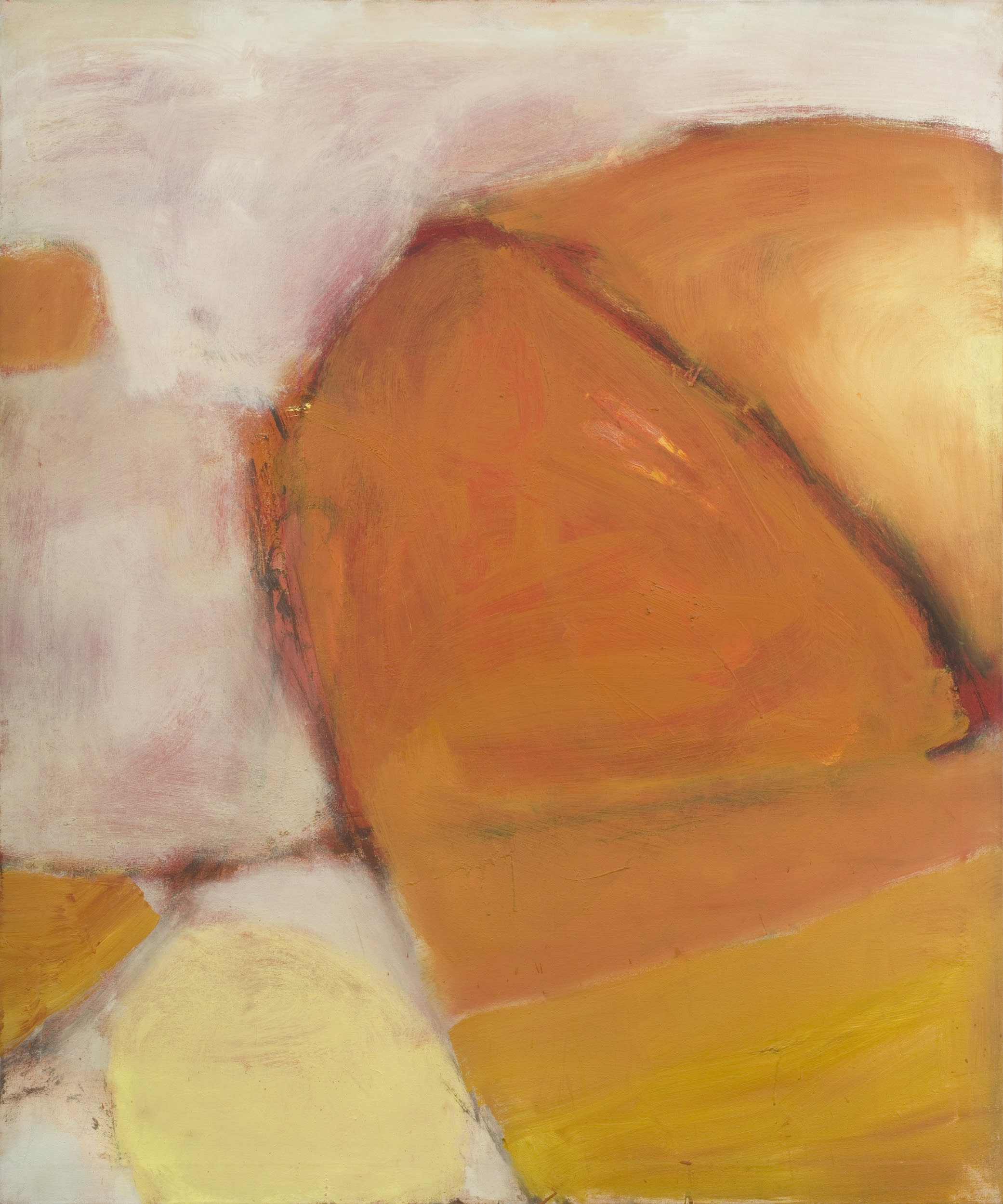 Certain mellifluous paintings by Albert Irvin O.B.E., R.A. (1922–2015) made in the early 1960s suggest both an airborne view of the world below and amorphous effects of weather and sunlight. One of these works is titled ‘Cloud’. A narrow range of colours, almost tonal in the chromatic relation of orange, ochre and off white, are brushed freely into a clearly defined map of gently rounded forms. Like some of J.M.W. Turner’s late paintings, where broad highlights in the swelling sunlit clouds flash with the intensity of combustion, Irvin’s painting also conjures an impression of intense diffused light. 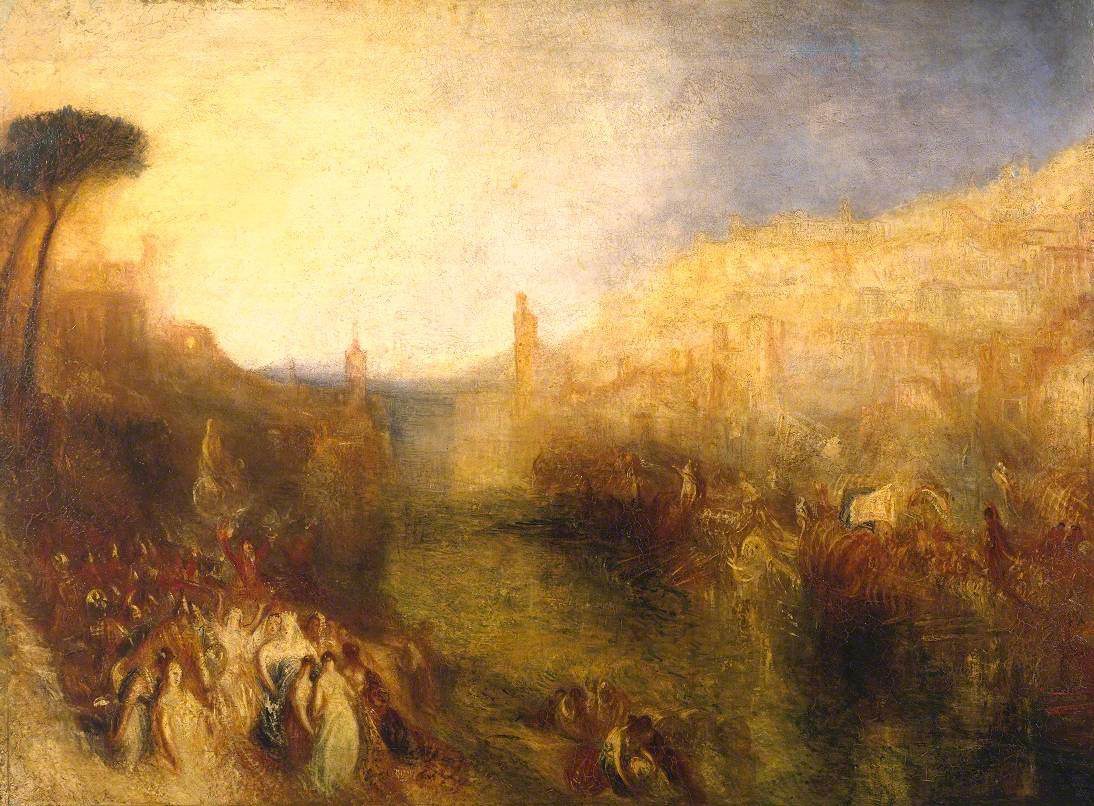 The wartime experience of flight had a significant effect on many painters after the Second World War. Like Peter Lanyon and William Turnbull, who were trained as pilots, Irvin also served in the Royal Air Force as a navigator. The cockpit view of a landscape below, dimly wrapped in mist or sharp with stencilled clarity, is evoked in certain works by these artists (see InSight 34). Much painterly abstract art made in Britain in the 1950s and 1960s suggests atmosphere or aspects of landscape – the shimmer of a heat haze or enveloping folds of mist – and this was only encouraged further by the memory and knowledge of an aerial view. 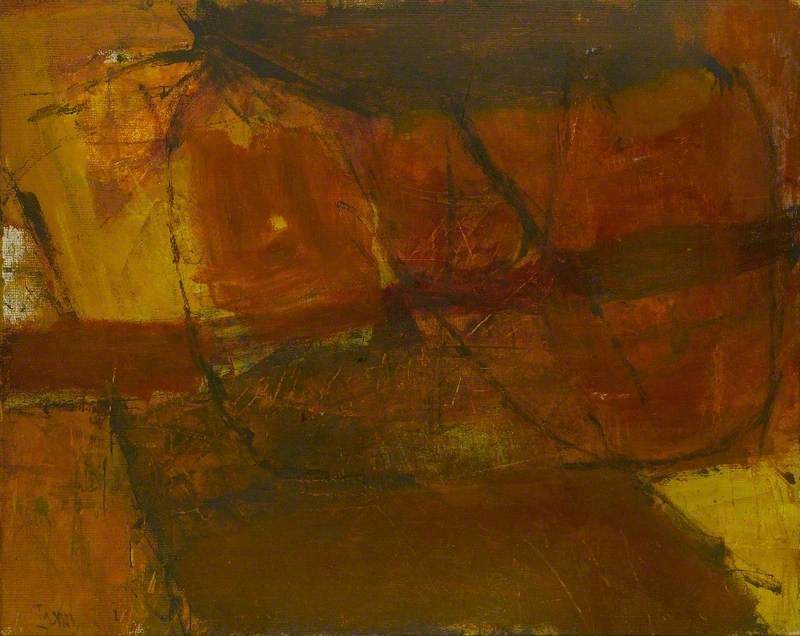 Writing in 1976, the art historian Alan Bowness reflected on British abstract painting in the decade between 1955 and 1965. As the centre of the art world shifted from Paris to New York, Bowness perceived this brief transitional period as a golden moment in British art.

There was a tremendous mood of confidence in British art at that time, a great wave of enthusiasm which affected everybody from the older generation of Nicholson and Moore to the youngest still at art school. I suppose this was the result of the final realization that French art was not inherently superior to British, and at that time there was not that depressing subservience to American art that has replaced French dominance today

Alongside painters based in Cornwall like Peter Lanyon and Bryan Wynter, Albert Irvin was also a beneficiary of this ‘mood of confidence’ and his paintings from the period such as Cloud relate closely to the best of contemporary British abstract art. 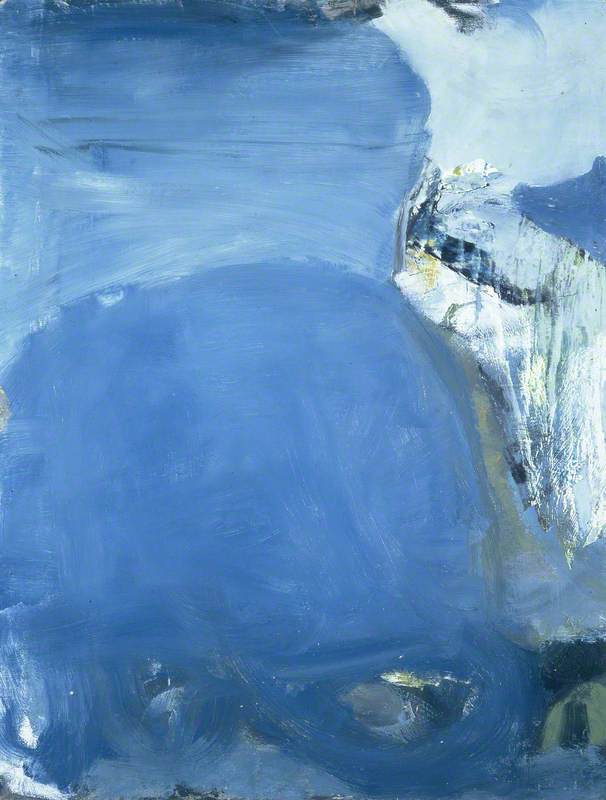 In Cloud and related paintings such as Evening, Irvin used titles which bear only a cursory relationship to the work itself. These serve as indicators, directing the viewer’s attention to the atmospheric qualities of the painting while retaining a useful degree of ambiguity. The loosely knit design of these canvases, structured with round-edged shapes and tapering lines, complements the open-ended exploratory approach to applying paint. Areas of thinned-out colour were layered to create improvised effects of glowing light and veiled distances, interspersed with dark outlines which criss-cross the forms and provide a rhythmic counterpoint. Alongside the better recognised abstract paintings of his Cornwall-based contemporaries, these vivacious and suggestive works from early in Irvin’s career should be regarded as another significant outcome of British art’s ‘mood of confidence’. 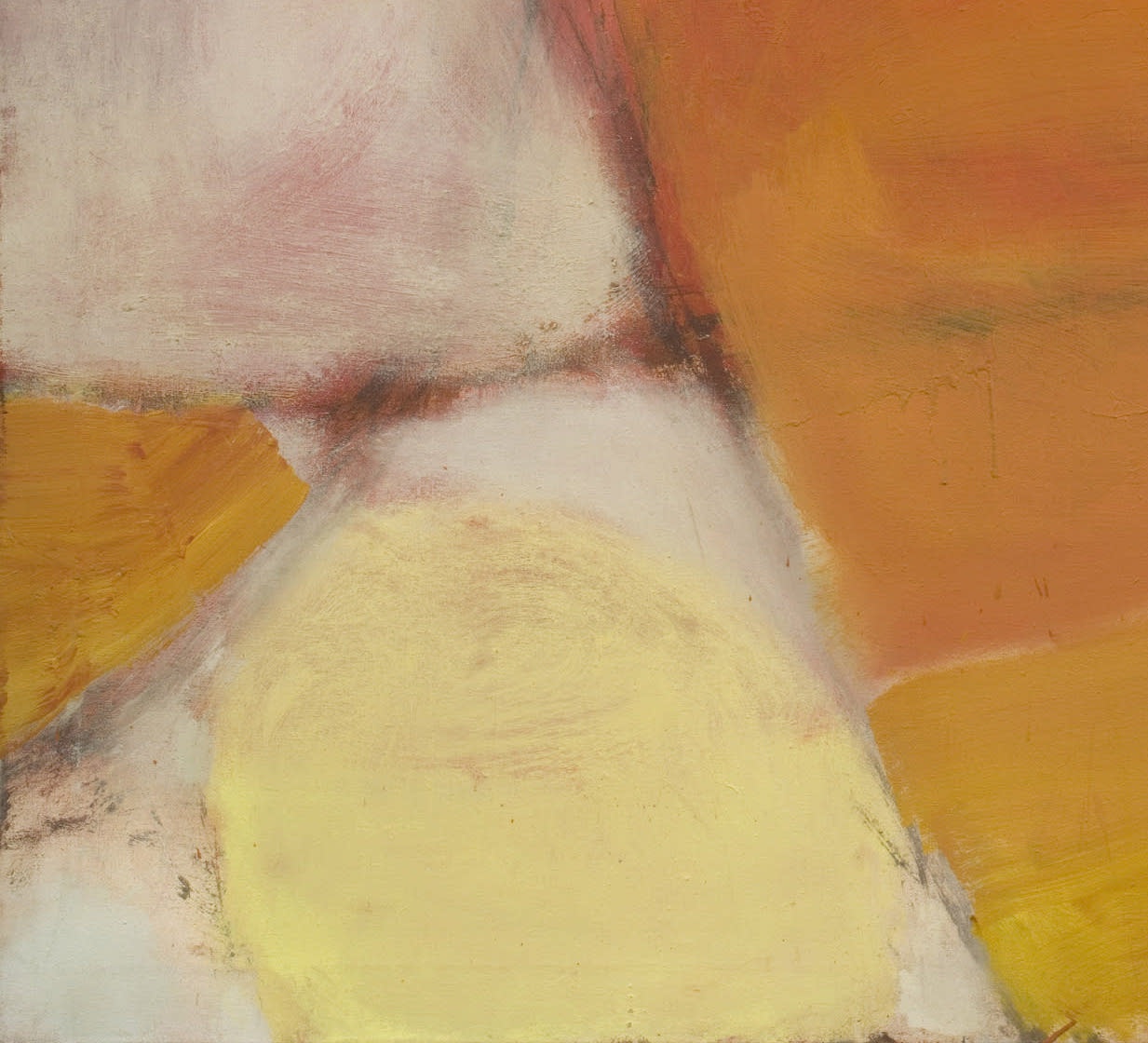 2. J.M.W. Turner, The Departure of the Fleet, exhibited 1850, Tate Collection