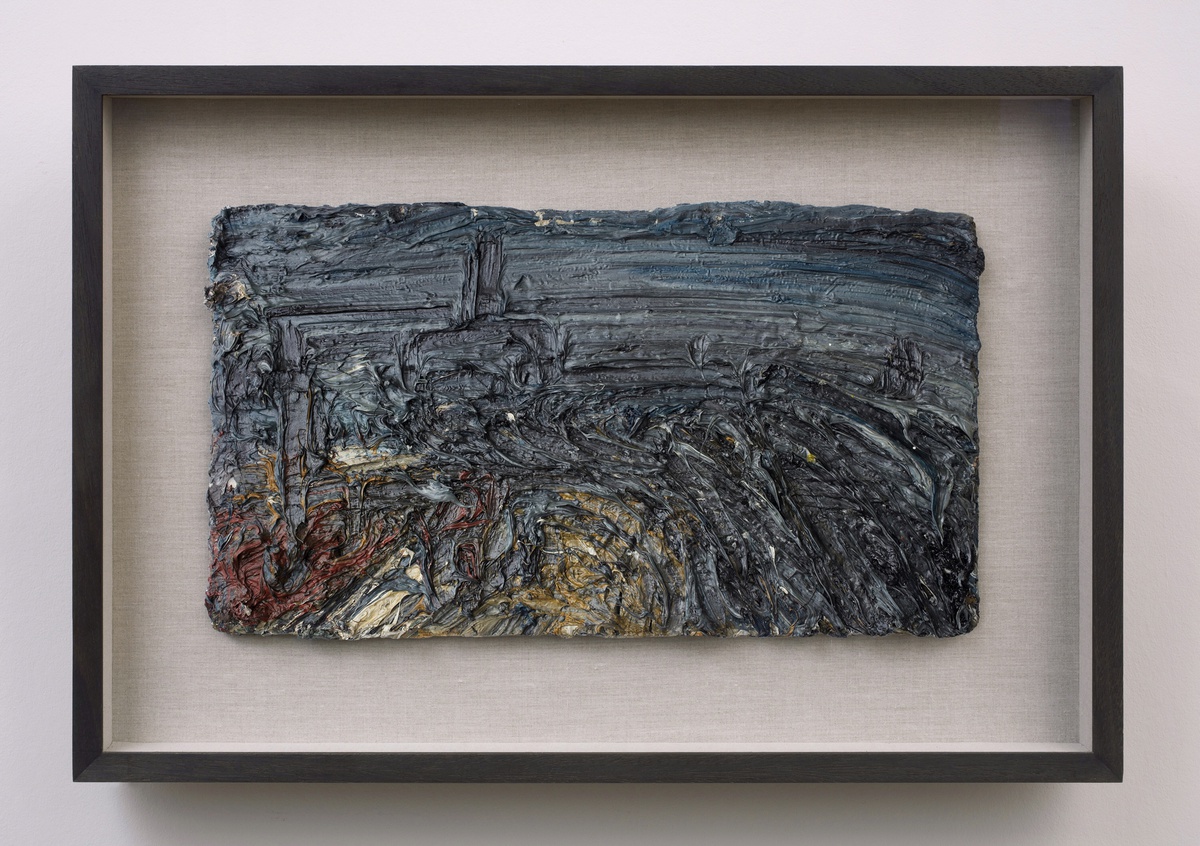 Not until the beginning of the twentieth century did modern artists shift attention away from railway stations towards the track itself. When Leon Kossoff turned to railways as a subject in the 1950s, his approach was altogether new. 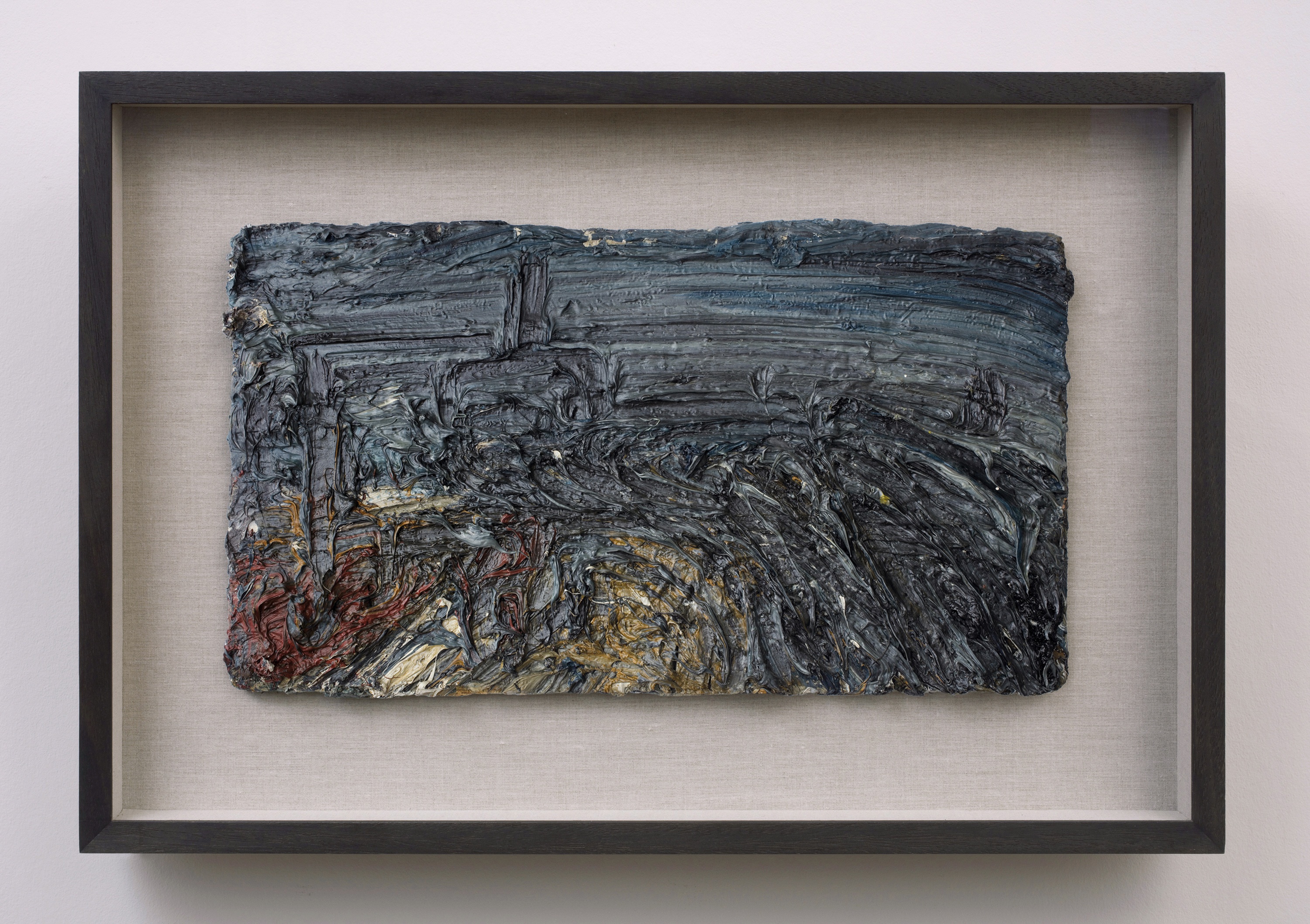 Even before Kossoff (1926-2019) took a studio beside the railway lines at Willesden Junction in 1961, he had already developed an interest in painting the tracks. He produced a number of railway paintings while he was living and working in Bethnal Green between 1954 and ’61, one of which – Railway, Bethnal Green – was included in his solo exhibition at the Beaux Arts Gallery in 1961. Having established a professional interest in this subject, Willesden Junction was a good choice for a new home and studio. Beside his studio ran twelve consecutive railway lines, readily visible from the Station Road bridge. Over the next ten years, it was from here that he would stand and draw, sometimes at dawn, looking over the tracks. 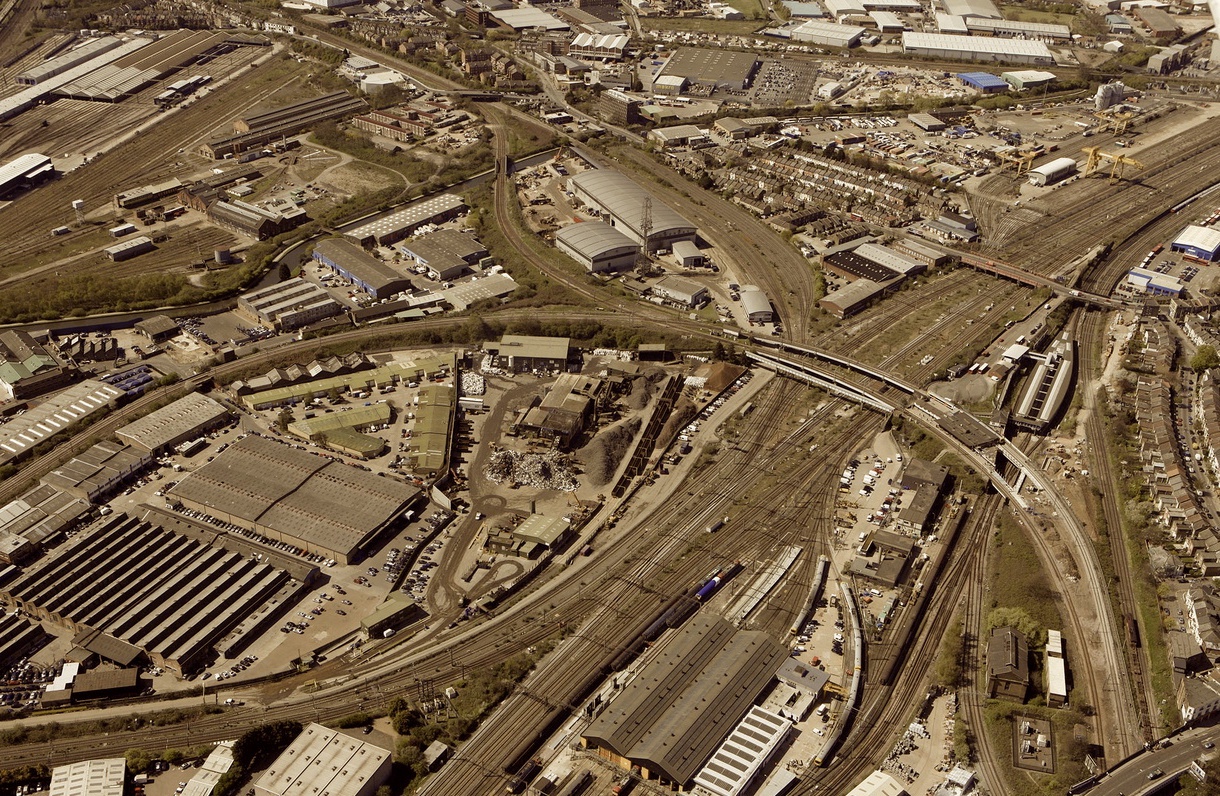 London’s railway lines underwent periods of radical expansion throughout the nineteenth century. In 1850, the London & North Western Railway was constructed, ploughing a furrow through land to the south of Camden Town on the approach to Euston station. Throughout the period of upheaval and expansion, artists like William Powell Frith and Richard Jack tended to address the sentimental drama of the train station, with the bustle of greetings and farewells set against the swirling fug of coal-fired steam engines. Not until the beginning of the twentieth century did artists of ‘a modern character’ begin to shift attention towards the track itself. Where Spencer Gore produced at least two paintings on the subject, Nearing Euston Station and Letchworth Station, Walter Sickert depicted the platform of Bayswater Underground Station, riddled with advertising and empty save for a lonely figure seated in the shelter.

Where Gore and Sickert had composed their railway pictures from the side or using a three-quarter-length view, Kossoff took a new approach. From his position on the bridge overlooking the sprawling railway at Willesden Junction, he showed the lines running away from him towards a vanishing point at the horizon – a far-distant region which the viewer is propelled into with a great rush. In the Willesden Junction painting of 1962, the glowering dawn throws the railway into near darkness. Channels of paint make the tracks flow like water, an impression underpinned by the fluid handling of Kossoff’s wet-on-wet technique. The lines course toward the horizon, halted only by the overhead cranes and powerlines. Just over a decade later, the opening footage of John Betjeman’s documentary Metro-Land captured a similarly frontal view of north west London’s railways. 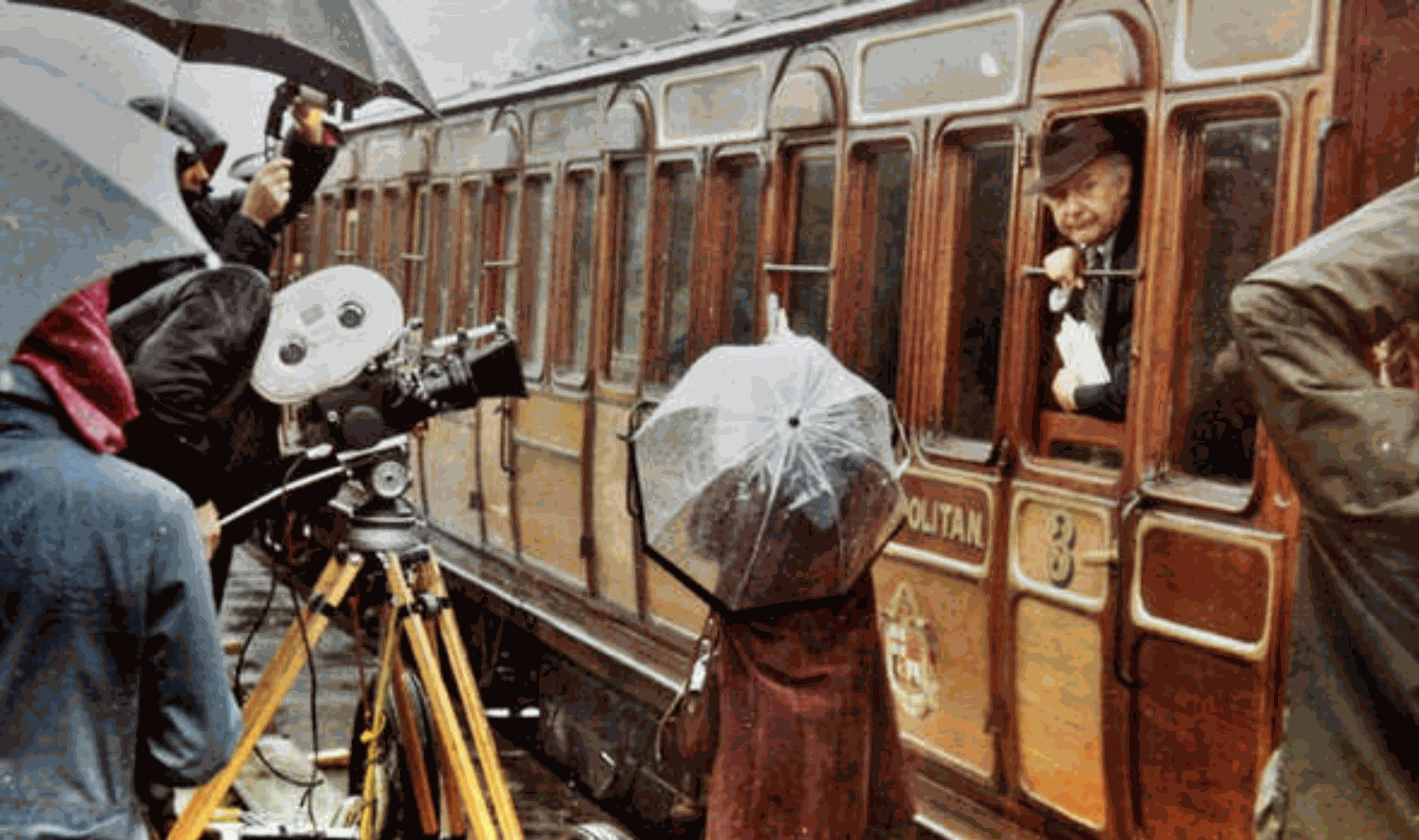 For a few years Kossoff made a concentrated study of the railway lines at Willesden Junction, continuing with the subject from time to time even after he left his trackside studio in 1966. (His new home studio at Willesden Green was just half-an-hour’s walk from the tracks.) Following the febrile intensity of the oil executed in 1962, a number of larger drawings in charcoal on paper developed the subject with an expanded foreground and a closer inspection of local detail. One work from 1965 or ‘66 goes so far as to pick out the dogtooth pattern of latticework in the overhead powerlines. 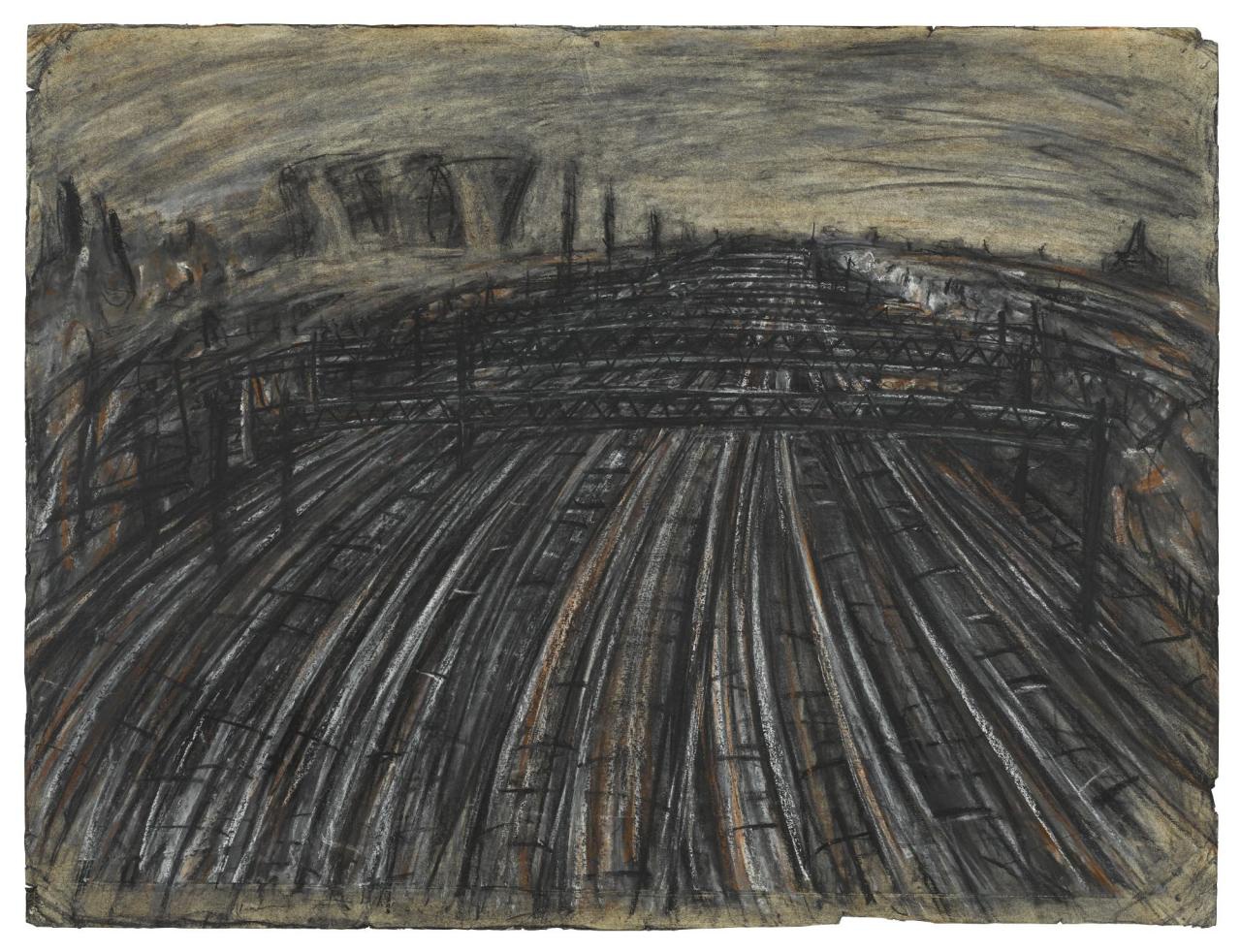 Notwithstanding the importance of the subject-matter among his city landscape work and the prominence it has attained in his reputation more generally, Kossoff produced relatively few works depicting Willesden Junction. Just two paintings of the subject were displayed in his Beaux Arts Gallery solo exhibitions (this work, Willesden Junction of 1962, was shown in 1964). Where his solo exhibition at Marlborough Fine Art in 1966 included just a single oil of Willesden Junction (alongside seven of the railway at King’s Cross), his 1972 Whitechapel exhibition included four oils (including the one exhibited in ‘66). 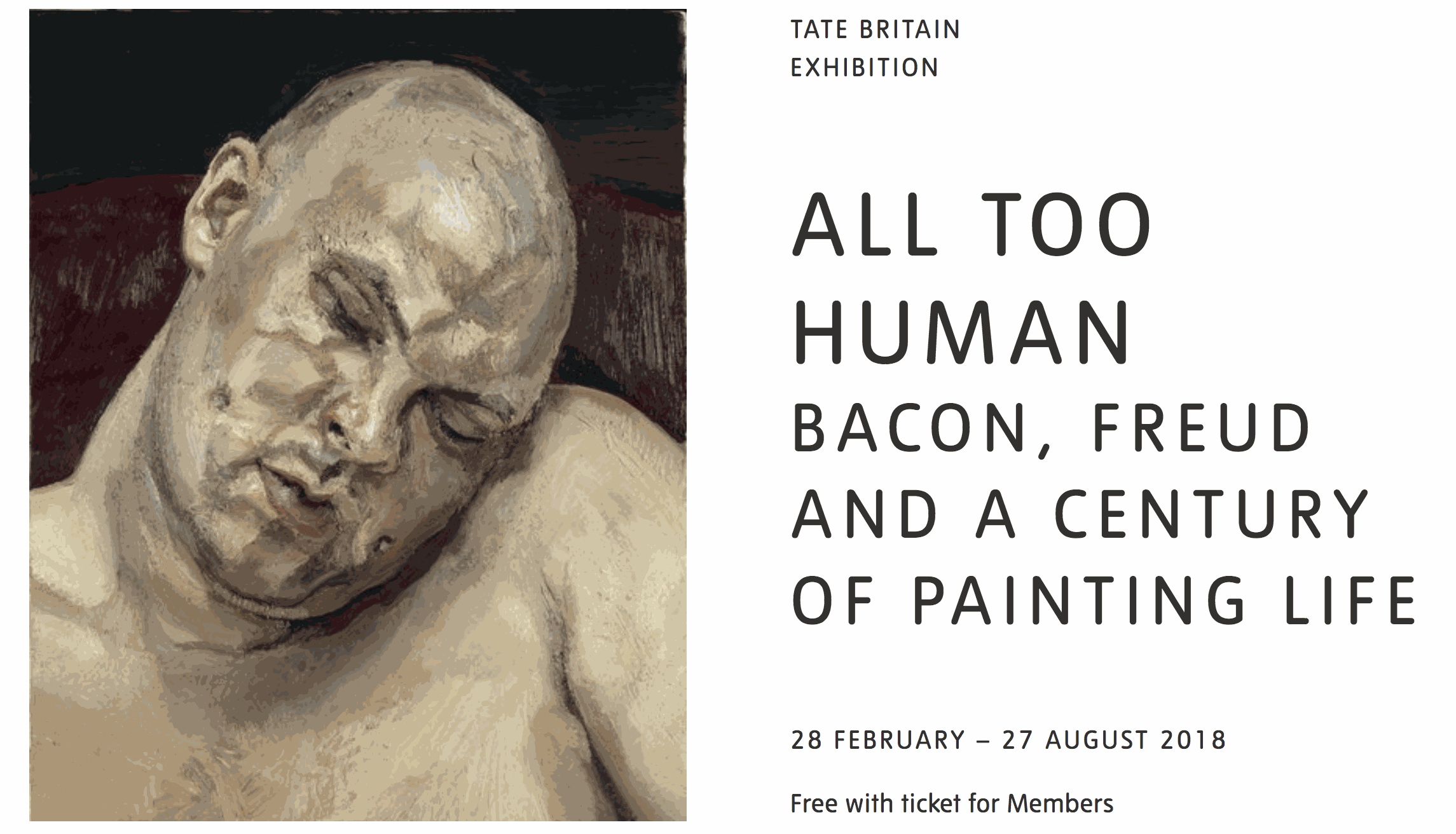 Though outnumbered by other railway landscapes in Kossoff’s oeuvre, Willesden Junction has apparently held a strong attraction for both curators and private collectors. For Tate Britain’s recent blockbuster exhibition All Too Human, this 1962 Willesden Junction was one of the works selected to represent Kossoff’s ‘deep attachment to London’. It is notable too that his Willesden Junction works have regularly garnered the artist’s highest prices at auction. As time passes, events like these seem to insist upon the enduring, career-defining importance of Kossoff’s helter-skelter railway lines.