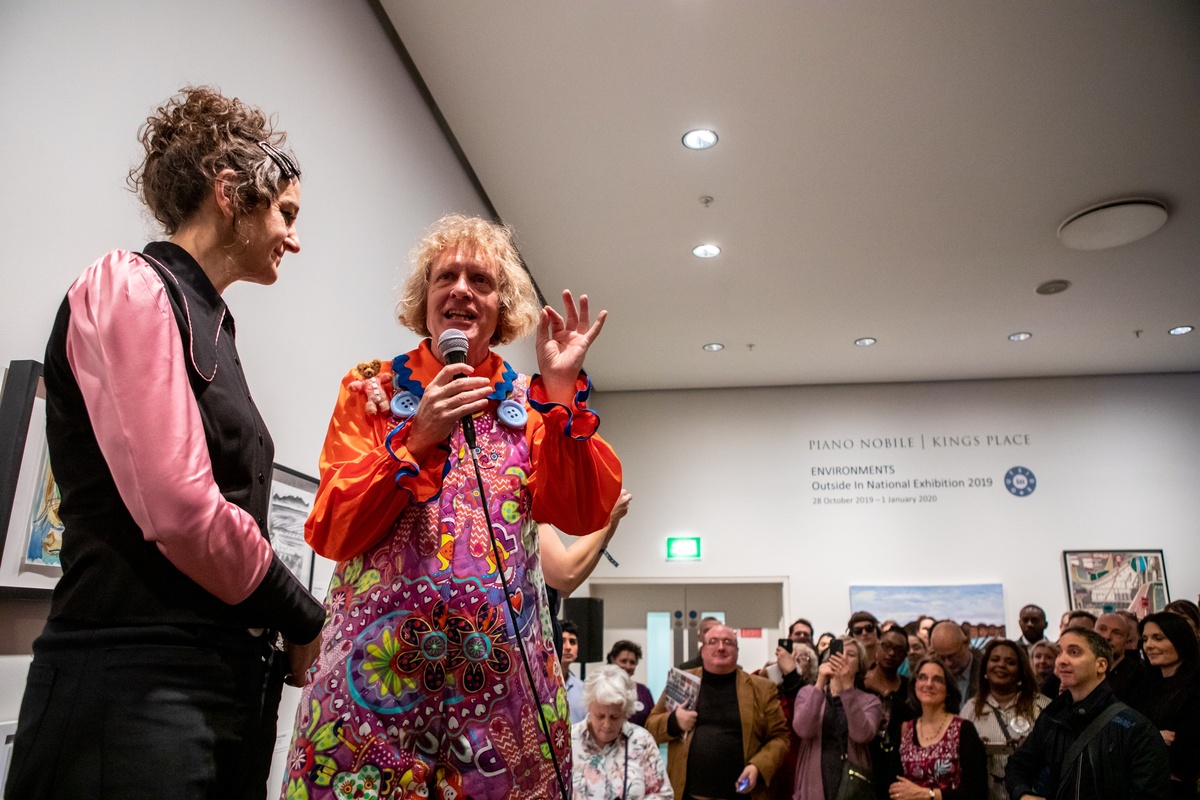 The artists Grayson Perry and Cathie Pilkington have awarded prizes for this year's Outside In National Exhibition, 'Environments'. The exhibition is being held at Piano Nobile Kings Place. This follows Outside In's role as the charity partner for the 2019 Ruth Borchard Self-Portrait Prize. Prize winners for Outside In's exhibition were announced during speeches at the private view, held on Friday 8 November.

Outside In is a charity that helps artists who have experienced barriers to participating in the art world, including financial hardship and physical or mental disability. Referring to his own experience of mental ill-health, Perry said that 'the person who benefits most from making art is the artist themselves'.

Along with Perry and Pilkington, the exhibition was judged by Dr Robert Travers, director of Piano Nobile. The three prize winners were -

The Outside In National Exhibition is on display at Piano Nobile Kings Place until 1 January 2020.